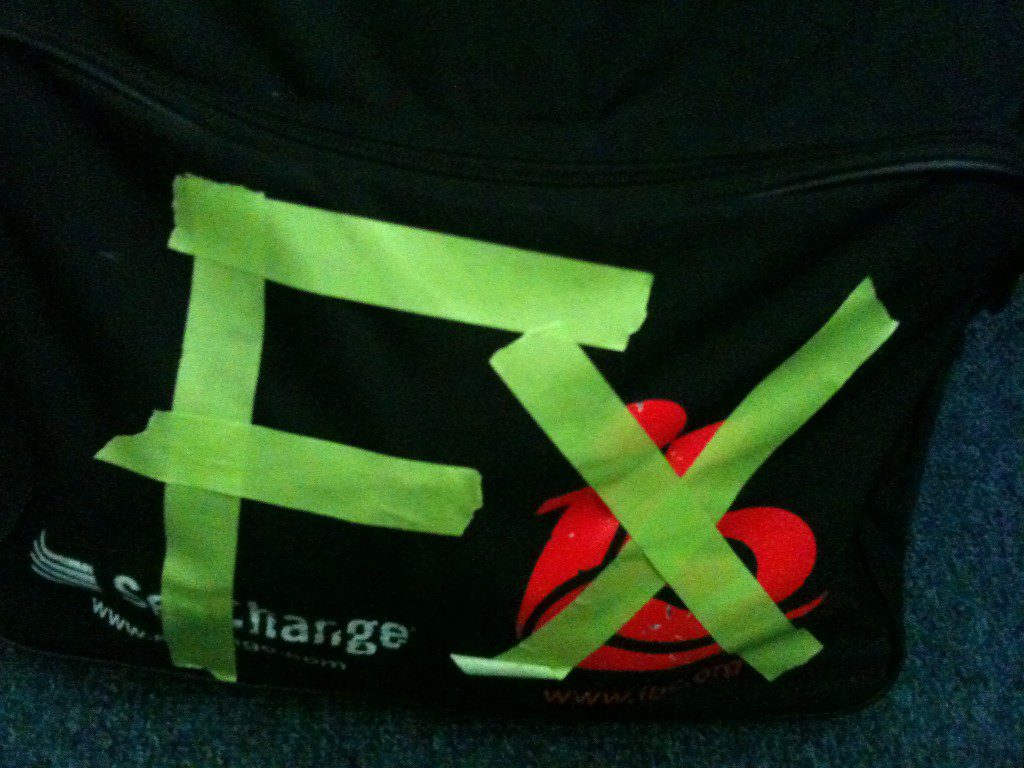 For 2014 the Academy of Motion Picture Arts and Sciences promises in a Variety article to “get the visual effects presentation right this year.” They are in reference to last year’s global debacle of a presentation after The Life of Pi was played offstage as the vfx supervisors were attempting to honor the artists who lost their jobs making the film — and the director who publicly thanked everyone (I mean everyone) on the show except his VFX crew who made it even possible to tell the story.

A collective obscenity-laden scream bellowed around the planet simultaneously. It has motivated people to action, some out of rage, some out of clarity of thought, and some out of fear. Does the promise of a new tone repair this rift? I am not sure you can put this genie back in the bottle and on the shelf, as the attitude toward VFX generally in Hollywood is full of hubris, and pathetic — akin to the taunting of children in a schoolyard.

At the scientific Academy Awards in 2010, Elizabeth Banks threw around a plethora of jokes on her appreciation of nerds. “I applaud your nerd-dom,” she said. James Franco did worse when he hosted the oscars saying “Congratulations, nerds.” The commentary on the technical oscars by Hollywood watchers is equally as immature. Elizabeth Banks poses with all the Scientists she insulted by calling them “nerds” , either unintentionally, or by script. Aren’t we beyond name calling?

Well, those “nerds” as they are referring to, are the individuals who are building the VFX-based studio system of the future. They are making it possible to create anything imaginable on the silver screen. They create unrealities, they create the worlds of tomorrow, they are underappreciated, and they were just insulted on national television — again. Might as well punch them in the face and take their lunch money before any teacher notices. I am pretty sure it was fun for those hard working folk to share the stage with a bunch of “hacks.” But no one in their right mind would write that.

VFX artists are aware of insult comic humor, and sarcasm. It permeates our society, and can be truly funny in the hands of those who know how to deliver it. We enjoy it, and can take a joke ( no thin skin allowed at most vfx shops). The host of a show will often go after the audience, and more established institutions. But when a presenter insults the acceptance speech of an honoree who is not even allowed to walk down red carpets at certain events in Hollywood they are actually invited to, then some people get offended. Especially when that insult is hurled at them, while they walk off stage, to the groans of the audience, at an awards show intended for VFX — as Johnny Knoxville did recently.

If I recall correctly, the word “nerd” as it is used in popular culture, is a derogatory term.

Nerd
1. a foolish or contemptible person who lacks social skills or is boringly studious. “one of those nerds who never asked a girl to dance”
synonyms: bore;
2. a single-minded expert in a particular technical field. “a computer nerd”

In the movie Revenge of the Nerds everyone screams at the protagonists like they are a form of creature from another world, despite the plot about Nerds overcoming this derisive treatment. In popular culture, nerds are the people who used to work the projectors, get good grades, never date, and who eventually gained power after the computer overlords overtook all industry.  I know many VFX artists who are accomplished athletes, guitarists, photographers, military veterans, ex-hippies, and even some who know Jeet Kune Do.  Hardly the visual reference that Hollywood popularizes.

“Nerd” is a term that should go into disuse. Not to descend into political correctness, but just to elevate the conversation.  If Comicon is any indication, I think we’d actually prefer the term geeks, for now.

Geek [geek].
noun
1. a digital-technology expert or enthusiast (a term of pride as self-reference, but often used disparagingly by others).
2. a person who has excessive enthusiasm for and some expertise about a specialized subject or activity: a foreign-film geek.
3. a peculiar or otherwise dislikable person, especially one who is perceived to be overly intellectual.
4. a carnival performer who performs sensationally morbid or disgusting acts, as biting off the head of a live chicken.

Well, maybe not the best definition, but it is an apt description of the current dichotomy.  (You might want to keep your poultry away from the animation department … just a word to the wise.  They keep asking for “reference” )

The Emmys are no safer place to be. Sure Neil Patrick Harris (an excellent host) can point out that this may be the only time we wear more than a button-up shirt, (except church, weddings, funerals, but we can laugh at ourselves — and at 5 hours long, that part is cut out of the broadcast). The 2013 Emmys had writing fully surrounded by insult humor, but it was all generally in jest, though quite pointed. But for the VFX categories it seemed odd when delivered by a puppet dog — and edited out for time and cleanliness for broadcast. I am a fan of Triumph the insult comic Dog, but as he searched for material it got a bit hairy… But those were the creative arts Emmys. Who really watches?

Here is a tip to beautiful actresses who present awards for VFX. As an attempt at humor do not ask “Can anyone help me get iMovie to work?” Especially at the VES awards; despite the fact someone in the audience may have written that software. Yes it has a humerous note to it, but the good nature about our profession is wearing thin after the Oscars. It’s like being in high school again, please have some respect. Sandra Bullock was graceful when presenting at the VES awards this year, and Milla Jovovich did an incredible job at the sci tech awards in 2011. Learn from their examples.

The men and women who create these illusions, or the software that makes the impossible, or the algorithm that thinks in a brand-new way that mankind has ever thought before, are brilliant. They are doctors, some hold several doctorates. They are scientists. They are creators. They are the ones who are thinking outside the box ( or in the case of Gravity, building the box), which is something everyone tells us we should be doing to survive. They make it possible for the world to be entertained.

They are building cinema for the future right now. Just a bunch of nerds?

These individuals are not people walking around with pocket protectors and hornrimmed glasses (almost describes the talented JJ Abrams ,who is a director after all). This is not the schoolyard anymore, there’s no need to belittle people to make yourself feel better or smarter, or because you don’t understand what they do. Especially when you’re a successful actress or actor. It doesn’t help to pick on people who are, in your eyes, smaller than you, just because you own a multibillion-dollar studio. It is not necessary to drive them out of business to do your job properly, as was said by an unknown producer in Hollywood.

Thus with the Oscars about to present again this year, will the Academy “right the ship” and redress the slight it delivered the prior year?  Maybe, but it does not address the larger issue of perception of VFX in Hollywood.  That may have been the last straw, and now thousands of individuals with technical knowledge have taken to the internet, press, and convention halls to explore this relationship.  Let’s hope that cool heads prevail, and everyone grows up a little bit.

ps. This post disappeared for a few hours. Not sure why, but it is back for all to read.