I Love A Good Sketch.

Sketches have a raw energy to them that an inked line sometimes robs in final form.  Do not misunderstand, a fully inked final image when done right is a beauty (Frazetta and Kirby come to mind), but that initial idea and energy are in the sketch many times, and the final is a poor cousin. 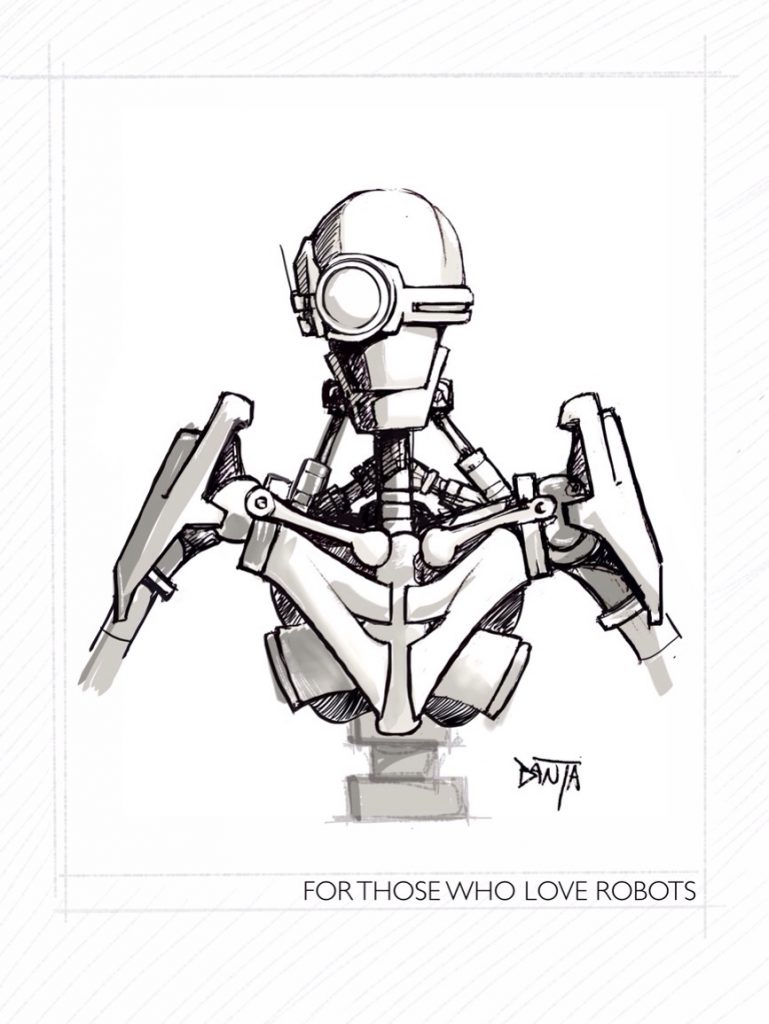 With computer scanning and painting it is possible to keep the best aspects of a sketch in the final image. This has been part of my illustration style for decades now — sketch on paper, scan it, and retouch.  I often draw on the computer, but in a hat tip to Phil Tippett again, the medium talks back to you when you push it. This dialogue between you and your artistic tool create the art. A ball point pen on rough paper vs a pencil produce vastly different results, but the medium itself contributes to the look directly.

Hence I love sketches. Sometimes I just put them up raw, but other times I clean them up because I fall in love with the idea being expressed, and want to see it more refined.  Sometimes there are smudges. After all it is a sketch.

The first entry in the sketchbook series is another random robot. These designs are scribbled all through my 30 years of sketchbooks. This one is recent. They are almost always part of some scene from an unrealized  film in my head, but are rarely attached to any project that will take fruition. Sometimes they are designs that never made it out, until now. 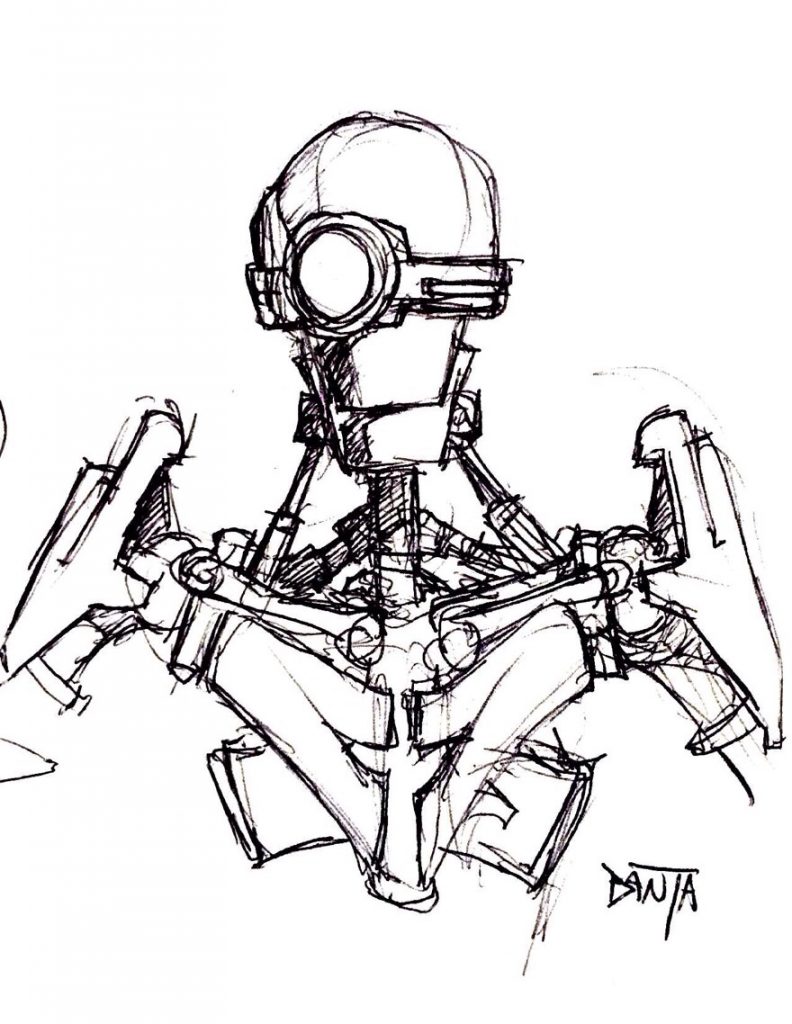